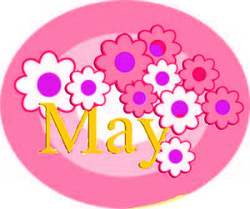 May was off to a wonderful start with a few residents travelling to The Public Gardens in Halifax on May Day (the 1st). We enjoyed a leisurely stroll through the many paths of the park, even tho' few flowers were in bloom so early in the season, and followed it up with a drink and sweet treat at The Second Cup on Spring Garden. (see pics in the Photos section)

May 7th saw several residents going to the movies, and on the 13th residents played BINGO for wonderful prizes in the office. 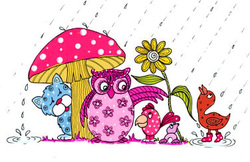 April is off to a great start with wonderful weather, a visit from Jamila (on Wednesday the 3rd), and movie night on the 2nd. Several residents went to the movies where "The Call" starring Halle Berry was enjoyed.

On April 8th residents enjoyed an afternoon of Bingo with lots of wonderful prizes to be won. Followed by a delicious dinner cooked up by Ferne.

On April 10th several residents walked, with Ferne, to the Starbucks at MicMac for refreshing drinks (coffee/smoothies) and a chance to browse the books at Chapters.

On the 17th residents visited an Art Gallery downtown to enjoy the many beautiful works of art on display.

April 22nd was a busy day for residents of the court. A number of residents participated in a "community cleanup" clearing the property of dead leaves, fallen branches and bits of trash that had accumulated over the winter. (Photos in the Residents Only section)  In the afternoon we enjoyed a 'Boutique Day' with many nice items of clothing and housewares that had been donated to The Court. The day was capped off with yet another scrumptious meal provided by Ferne.

On the 24th residents had the opportunity to make their own home-made banana bread in the office. Very yummy!

The last week of April saw residents heading to the Sportsplex for swimming on the 29th. The hot tub seems to be a big 'draw' for that activity.

And, as usual, we had Jamila (Ferne's black lab) to visit on Tuesdays and Food Bank days on Thursdays. The food bank truck was especially generous this month. With lots of fresh fruit and vegetables, bread, instant coffee, milk, yogurt, and juice...not to mention all the wonderful snacks & treats. 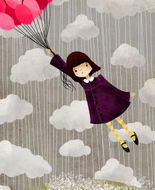 March was a bit of a 'slow month' in the Court...we did go to the movies...played bingo...and enjoyed delightful dinners made by Ferne on Monday afternoons!

Of course, we also enjoyed visits with Jamila, Ferne's Black Lab, on Tuesdays. And the foodbank on Thursdays, was exceptionally good this month.

Residents enjoyed an afternoon of crafting/painting as well. Bird feederers and wooden hanging butterflies were the chosen crafts for the day. (see pictures in the photos section "Painted Crafts")

Hopefully April will prove to be a little more 'exciting'! 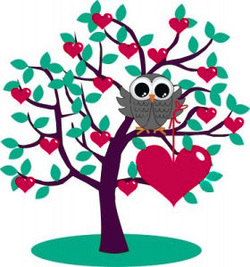 On Wednesday 6 February residents of The Court were invited to the office to meet with Kim who brought her card-making supplies. A variety of cards and bookmarks were made. Photos of the 'finished products' can be found under the "Photos" tab labelled "Card Making"

On Tuesday 5 February, several residents went to the movies at Empire Cinemas. The movies "The Hobbit" and "Hansel & Gretel: Witch Hunters" were enjoyed.

On Monday 4 February, Ferne made a wonderful brunch which was enjoyed by residents of The Court. At 1pm residents had the opportunity to meet with our new "Community Policing" officer, Cst. Kathryn Willett